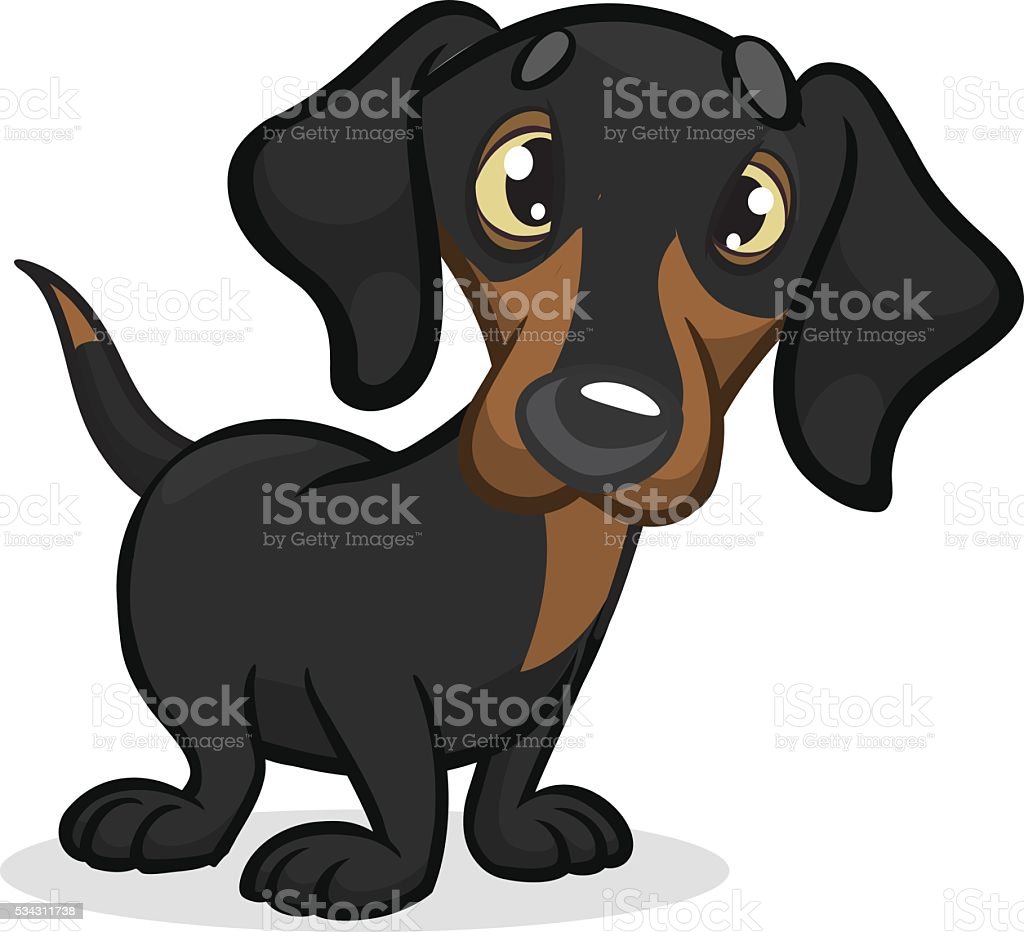 Tuesday I get my stitches out. I can hardly wait. In the last two days, the site has swollen and been very sore. So I am happy the doctor will be removing the stitches and hopefully, I will get some relief from that.

I repositioned my bird feeders today, as with this type of cold weather, the ground will be freezing soon, so I wanted to make sure they were in the correct spots for the winter.

We are good to go! I will leave you with this little joke I ran across. Please pardon the salty language, but this is exactly what my two dachshunds are thinking right now.

Enjoy the day and for those of you who are in the USA, be sure to go out and vote! Well, I was sitting here writing this entry and I went to add the header and the footer for my piece.

I added the header and saved it and what should I see when the little tab stops spinning? My computer ate my entry. I am unsure why, but it is gone!

So, after lunch, I will try to write something else. Okay, so I think I will do a bullet list instead of a normal entry. Life in the time of Covid.

Today was one of those days. So I planned it out. Grocery, Post Office, home. Many people are opting to stay home too.

We had a dusting of snow in the morning, so many people just figured, what the heck and stayed in. I was able to get a few things I needed at the grocery store and then I was off to the Post Office.

I had a lot of mail. A lot! But what concerned me most was a letter from my insurance company. Lucky for me they found one large tumor and two small ones!

That should make them happy. I truly detest my Insurance Company. They have never been there to help me. In fact, I have had the stress of practically begging for them to cover my care, despite the fact that I am covered.

Very soon I will be looking for a new primary provider and I can tell my current provider to take a flying leap!

I must insert here that I love my current secondary insurer. They are so good and I never have a worry.

In the afternoon, I did a few little things, but not too much. For whatever reason, I was feeling tired.

I called my sister and my friend, Gail and we had great visits. I can call and talk and talk and it costs nothing. Dinner was once again leftovers, thus making my day end easily.

This week is finally over. It was a somewhat tense week, but it is done and I made it through. We are now Past-Peak with our Autumn Leaf colors and now rain and cold seem to have set in.

This was taken on the first day of eighth grade. I vaguely remember that dress. The hair? Oh yeah, I wanted to be Karen Carpenter so bad!

That is why you can see the long hair and heavy bangs! I loved the eighth grade. We were the oldest class in the school. Mostly, we had great teachers with the exception of just a couple.

My Dad taught at this school. So for the three years, I was in the Intermediate School, I not only had Dad as my music teacher, but I also rode to school with him every day and he made my lunch.

Two slices of white bread, spread with margarine, two slices of American cheese. An apple and money for a carton of milk.

God bless Dad. He had no imagination for packing our lunches, but every day, when we came down to the breakfast he made, there was our bag lunch.

At one time, everyone in town had our Dad as their music teacher. His teaching of square dancing is still legendary! Already a deviant? Log In.

Rahula87 Hobbyist Traditional Artist. It's hard to say because they are all cute and i love their personalities.

I would surely choose a longhaired Dachshund but that's just my personal fur preference. All three of them are funny, entertaining and loveable dogs You did all the three of them very well.

Good work! JayOak Hobbyist Traditional Artist. Amazing work! What materials did you use to color these? I have two dogs of same breed.

I am looking for a girl to have puppies. I am in Italy and I can travel. Please call me. This item is on the wish list of 1 collector.

If you want to contact them, you can add this item to your shop. Users who are looking for this item will then automatically receive an e-mail notification about your offer unless they have disabled the notification function in My Profile.

You can add this item to your shop using the form on the right. Good: acw1. Fair: hanslington. This text has been translated automatically from Dutch.

Would you like to see an automatic translation? Yes No.

Day one post-op found me doing very well. The swelling has begun, and a bruise is forming under the eye and around the incision itself.

But I am so lucky. I felt so taken care of and valued as his patient. And a big thank-you to all the nurses who cared for me in pre-op, surgery, and post-op.

The women were incredible and they prepared me and then made sure I was okay all the way along. It makes me think of being in High School. I am also loving my hair-cut.

So the worst is over and now I put myself into healing mode. I am all for that! My day started far too early as I was feeling nervous.

Would they find this problem? Could they fix it? Well, It rained the entire way, which meant a weird trip down and then a mad dash to the door of the Surgery Center when I arrived.

My doctor ran late with his patient before me, but eventually, I got in and then Dr. My doctor was rather excited about the surgery, as my case was somewhat unusual.

I asked to see the tumors afterward, and even I was amazed at what I saw. It was all done under local anesthetic, so I drove myself home, and by the time I arrived, the Novacaine had worn off and I was starting to feel a giant ouchie.

I am so thankful to have this behind me. I did have fun cooking on Saturday night when I made lo-calorie Chicken Fajitas!

It was so much fun rolling up the chicken and onions and peppers and then sloppily eating them! The best part was knowing that they were low points on my Weight Watcher plan!

So when I hopped quickly out of bed I grabbed my new legging set and put those on. The best thing about this new set is that they are fleece-lined!

So soft, snuggly, and cozy! It never really warmed up today, despite the bright sunshine, but I was warm and comfy all day long.

Dinner tonight will be an easy fix and will also give us leftovers for a few days. I have my clothes laid out for tomorrow and have set Alexa to get me up early enough to take a nice hot shower!

By the way, I asked Alexa once again what the current weather was in my town. She sure does. At least about the weather. Have a great week everyone and I will report on Tuesday about how I made out with my surgery!

She was a remarkable pup and she traveled with me everywhere. As Jack was still flying then, I would bring Shubi and we would fly to Europe and meet him.

Shubi learned early on, to be quiet on an airplane. She knew to lie under a table at the European restaurants we went to, and most of all, she learned to be at peace, as long as she was with her Mommy and Daddy.

During one of our trips, we were heading to Northern Italy, but as it was getting late, we stopped at a Gasthaus in Austria. As we checked in, the owner told us to put Shubi in our room and he would make us a meal.

We had a very nice hot meal and then headed back to our room. As we opened the door, there was Shubi sitting on a tabletop next to the door.

The shocking thing was, the table was 3 feet off the floor, with no chair or any other way for Shubi to have gotten on top of it! To this very day, I do not know, how one with such little legs, was able to get up on that table.

Yet, there she was. Sitting on top of that table waiting for us! The look of loving reproach was on her little face, but once I fed her and walked her she was just fine.

Shubi was an amazing girl, and I will miss her all of my days. The photo below was taken as I walked through a lovely forest in Bavaria with my friend, Otto.

And at my side is Miss Shubi. Always she was with me. Thursday found me attempting to get a handle on all the house-keeping stuff before my surgery on Monday.

I was crazy busy, and here I will list it all, so you can see that perhaps I should have slowed down. Skip to content I woke to the sounds of high winds blowing around my house.

I woke in the night as I could hear a dog getting sick in the family room. Choke, choke, choke, Barf! I decided to stay in bed and deal with it in the morning.

She is not doing well. Her 14th birthday is December 10th and I sure hope she will make that and maybe have more time with her as well.

Images Enlarge image Enlarge image. This item is on the wish list of 1 collector. If you want to contact them, you can add this item to your shop.

Users who are looking for this item will then automatically receive an e-mail notification about your offer unless they have disabled the notification function in My Profile.

You can add this item to your shop using the form on the right. Good: acw1. Fair: hanslington. This text has been translated automatically from Dutch.

SUPERMAN THE MAX FLEISCHER CARTOON SERIES #9 Terror on the Midway